Neuromyelitis Optica is an inflammatory disease of the central nervous system in which there are episodes of inflammation and damage to the myelin (fatty, protective covering of nerves) that almost exclusively affect the optic (eye) nerves and spinal cord. It usually causes temporary blindness, occasionally permanent, in one or both eyes. It can also lead to varying degrees of weakness or paralysis in the legs or arms, loss of sensation, and/or bladder and bowel dysfunction from spinal cord damage.

It appears as though there are two major types of NMO. In the first type, optic neuritis, (inflammation of the optic nerve), and myelitis, (inflammation of the spinal cord), episodes tend to come very close together often within days or weeks, and there is no recurrence after the initial flurry of symptoms. In the second form, repeated episodes of optic neuritis and myelitis occur that are separated by months or years.

In well established cases of NMO, it is usually possible to accurately tell the difference between NMO and MS. However, early in their course, it may be difficult to definitively separate these two conditions. However, there are some differences.

The course of NMO is highly variable. It largely depends on whether there is a tendency for relapses to occur after the initial flurry of symptoms that leads to the diagnosis. In general, attacks of NMO tend to be more frequent and severe than they are in MS. The major risk to patients is severe damage to the upper spinal cord, which can lead to inability to breathe on one's own. This may be fatal. However, some patients with NMO seem to enter a long period of time where the disease remains stable. NMO has not been studied in large enough populations to predict the outcome of individual cased with great certainty.

Permanent blindness may occur in one or both eyes. Permanent loss of strength or sensation in the arms or legs may occur. Inability to control the bowel or bladder function may also occur.  At any point in this disease, patients may develop sudden brief, repetitive spasms. These spasms may also occur in MS, but they are very common in NMO. With these spasms, patients develop prolonged tightening of arms and legs that last for 15 seconds to 2 minutes. They may be painful and recur several times a day. In most cases, they respond very successfully to treatment with an anticonvulsant medication. 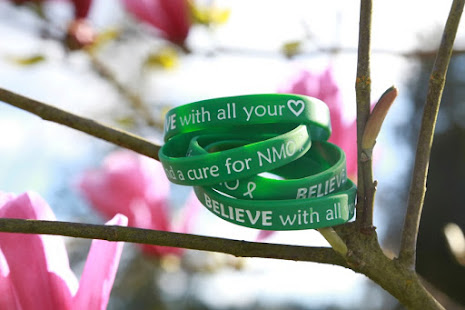